Vincent has worked for Trax since 2002. When he joined Trax he worked as a programmes officer, before being promoted to Director in 2007. Vincent has a Masters degree in Natural Resource Management. He has lengthy expertise in sustainable participatory initiatives with farming communities in northern Ghana. Before working for Trax Vincent worked for the Ghana Forestry Service.

Solomon began working as a field officer for Trax in 2003 and has been responsible for Trax project sites in Nabdam District (formerly Talensi-Nabdam District). Solomon knows the landscape and communities he supports intimately and his expertise in this area is frequently being drawn on by others. Prior to working for Trax Solomon worked for the Ministry of Food and Agriculture. 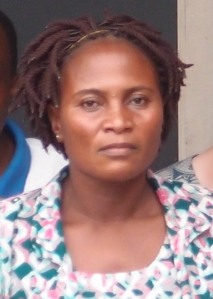 Disiwani joined Trax in 1997 as Project Assistant and is our longest serving member of staff. She has undertaken a number of roles for Trax and is now the Senior Field Officer for the project areas in the Bunkpurugu-Yunyoo district of the Northern region. Disiwani has worked closely with farming communities in the district and has particular expertise in gender equality and women’s empowerment. She is very commited to Trax and the communities she supports, and is highly regarded in the community around Bunkpurugu.

Botozan joined Trax in 2013 as the field officer responsible for facilitating Trax’s education programme with local schools. He has since moved on to work on additional projects associated with sustainable livelihoods.

Jerry started working for Trax in 2015 and is the field officer responsible for our current project zone in Kambusgo, Bongo District in Upper East Region. He is currently completing a degree in agriculture at the University for Development Studies.

Daniel joined the Trax team in June 2017 to oversee our financial administration and ensure our continued accountability for donors.

Janet began working for Trax in February 2017. She joined the team as an intern to support our fundraising efforts but she quickly began contributing to our program development, field work, and local engagement. Janet has a degree in Integrated Development Studies, Environment and Resource Management Option, from the University for Development Studies.

Rachael first began working with Trax in 2014 when she was completing her PhD fieldwork and Trax acted as a case study for her research. Rachael continued to engage with Trax remotely from the UK while she finished her PhD study, before returning to volunteer with Trax in March 2017. Her PhD research investigated adaptive capacity among agricultural development interventions in Northern Ghana, and was completed at the University of Sussex, UK.